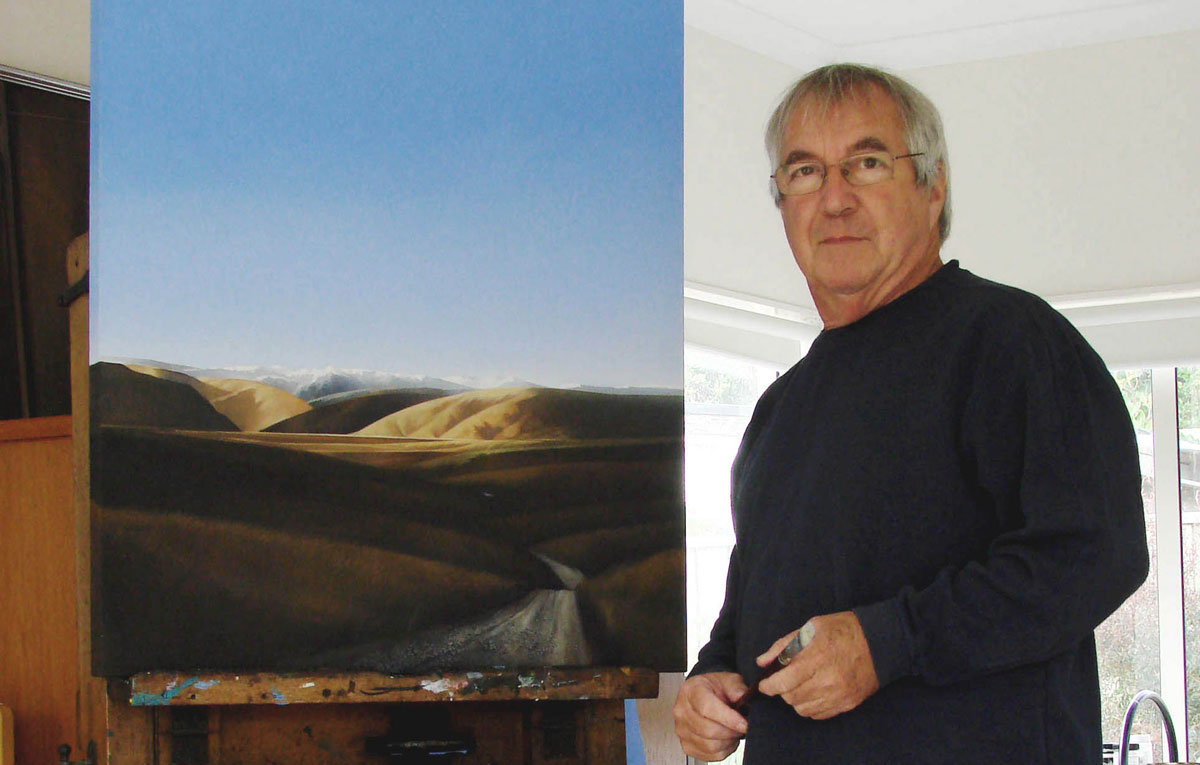 Philip Markham has been interested in painting since his school days in Dunedin. He originally trained as a ballet dancer, performing first with the Royal New Zealand Ballet and later overseas principally with the Royal Opera Ballet Covent Garden. His early experiences in the theatre and ballet world, combined with his love of art and painting, have provided an ideal background for his involvement in stage and costume design. After retiring as a dancer Philip became a teacher and was Head of the Wellington College Art Department for 15 years, before leaving in 1984 to become a full time painter and designer.

In recent years he has become fully involved in painting. He exhibits regularly in exhibitions around New Zealand and examples of his work can be found in public, private and corporate collections around the world.

He is a versatile artist who is well disciplined in all media. Each of his pieces is notable for the sound and immaculate technique used. Philip is highly regarded for his landscapes most of which centre on the Central Otago region where the warm earthy colours contrast strongly against large clear blue skies.

He is an accomplished portrait painter and although he is happy working in watercolour and oil paint, he prefers the more exacting medium of egg tempera for this type of work.

His interest in heraldry and the medieval period finds an outlet in several works that reflect this and which give him the opportunity to enjoy the luxury and discipline of working in genuine gold-leaf and pure pigments. Calligraphy features in most of this type of work sometimes taking the main focus.

Throughout his career Philip has served on the committees of various art organisations including being a President of the New Zealand Academy of Fine Arts. He is the recipient of numerous awards most notably the NZ Governor General Art Award which he received in 2000 for high attainment in painting.